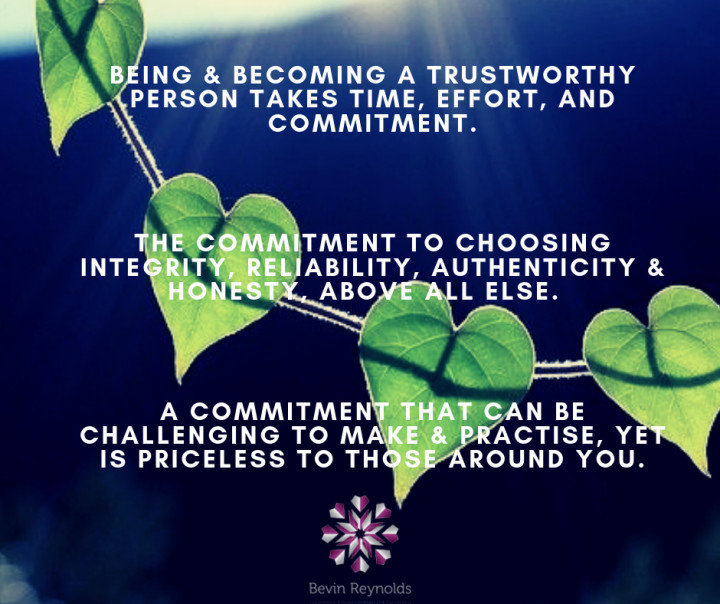 So, this week I’ve been playing with the word and concept of TRUST. We all know how important, or rather, how vital trust is to any intimate relationship. As far as I see it, it’s a pretty vast topic to explore and one that a post like this will certainly not do justice to. One angle that arose for me is how often we can get caught up in questioning whether our partner is trustworthy, without turning the question back on ourselves and asking “How trustworthy am I?”

Without any real ability to control our partners when distrust arises, turning the question back on to ourselves is the only place where we do have control. Committing ourselves to become a more trustworthy person and practising trust-building behaviours is where our power to change a situation lies.

Trustworthy people tend to display a set of characteristics, consistently, which enhance the trust that others feel and experience when interacting with them. One obvious trait, that I am sure you can imagine, is honesty, or in other words, transparency and authenticity. This means regularly and consistently telling the truth to another. Without going into a philosophical debate about what this truth is, I’ll leave this word to mean our personal truth. The truth that we ourselves have gleaned from our own honest appraisal of what we did or how we felt, thought or processed something. This involves being less defensive and being willing to admit our fallibilities without using unlikely justifications for behaviours that are less than savoury.

A second trait is that they practise being a person of integrity. This means doing what you say you will do more often than not. It means having personal values that you would stand up for even if standing up for them means facing disapproval. It means behaving in ways that align with these values, even if no one is watching.

Trustworthy people also tend to be empathic, compassionate and kind. In other words, others feel psychologically safe with them. This means practising putting yourself in another’s shoes, listening, being considerate of other’s thoughts and feelings, and making attempts to understand another’s perspective without undue judgement. These kinds of behaviours build connection, intimacy, and help others to feel inspired, motivated, and supported. Or, in other words, loved!

Another important trait of trustworthy people is that they respect and accept other’s boundaries. This means honouring another’s choice and the lines that they draw to protect and honour themselves, without making attempts to persuade, argue, or change their mind. This too allows others to feel safe to be themselves with us – one of the foundations of trust.

Of course, all of these traits and the many others that social scientists have discovered, fall less than flat when they are not done consistently and regularly. So, as we continually practise these behaviours, being a trustworthy person becomes WHO WE ARE, and we no longer have to think too much about it. This leads to deeper levels of trust between ourselves and our partners. Others begin to see us as BEING trustworthy and, as a result, are more likely to feel safe enough to also share themselves in authentic and trust building ways. In this way, we exercise our power to bring out the trustworthiness of others.

In a nutshell, while trust is co-created between persons, we have the power to shift our relationship dynamics when we stop asking the other to be trustworthy and instead commit ourselves to becoming the trustworthy person we are looking for. 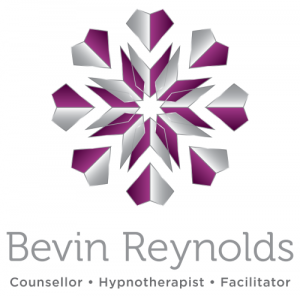